Commentary by William O. Beeman: The fact that the New York Times jumped to print the incorrect information about Mr. Rouhani's comments is testament to the prejudicial reporting that has persisted in writing about Iran. The initial incorrect report appeared on the Times front page. The Lede is a pale correction. Mr. Rouhani's remarks about the state of affairs surrounding the city of Jerusalem, which was the focus of his remarks. There is no mention of Israel, only of "coercion" and "oppression" which are the "sores" (zakhm) that have persisted for the Muslim world. Who could take issue with that? Clearly the New York Times and Prime Minister Netanyahu, who twisted these remarks into some imagined attack on Israel.

Here is what Barak Obama said about Israel:

"But what I think is that this constant wound, that this constant sore, does infect all of our foreign policy. The lack of a resolution to this problem provides an excuse for anti-American militant jihadists to engage in inexcusable actions, and so we have a national-security interest in solving this, and I also believe that Israel has a security interest in solving this because I believe that the status quo is unsustainable." <http://www.theatlantic.com/international/archive/2008/05/obama-on-zionism-and-hamas/8318/> 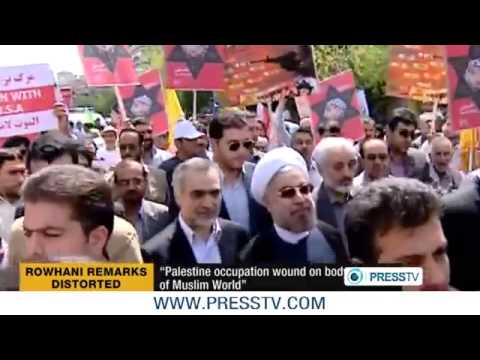 A video report from Iran’s state-owned Press TV included subtitled remarks by President-elect Hassan Rouhani that were misreported by other Iranian news agencies on Friday.


¶Last Updated, 6:46 p.m. | As my colleague Thomas Erdbrink reports from Tehran, Iran’s state media scrambled on Friday to correct comments wrongly attributed to the country’s president-elect, Hassan Rouhani, after he was incorrectly quoted calling Israel “a sore which must be removed.”
¶Press TV, the English-language arm of Iran’s state broadcaster, subtitled Mr. Rouhani’s actual remarks, made to a reporter during the Islamic republic’s annual march for Quds, the Arabic name for Jerusalem. The video shows that the cleric did not mention Israel by name or call for its elimination, but did compare “the shadow of the occupation of the holy land of Palestine and the dear Quds,” to a “wound” or “sore” that “has been sitting on the body of the Islamic world for many years.”
¶Those remarks were still disturbing to Israelis, since they hewed to the Iranian government line that the entire state of Israel is occupied Palestinian territory. A longer clip of the state television broadcast showed Mr. Rouhani smiling and waving in the parade as chants of “Death to Israel” echoed in the background.
¶

Video from Iranian state television of senior clerics marching in the annual Quds Day parade in Tehran on Friday.


¶That report also showed other senior figures marching, including the former president Ali Akbar Hashemi Rafsanjani. According to Shiva Balaghi, an Iranian-American cultural historian, Mr. Rafsanjani explained as he marched that the point of the annual Quds Day rally was to encourage Palestinians. “When they see this support,” he said, “they will become hopeful.”
¶Arash Karami, a journalist who blogs about the Iranian media, noted that two semi-official news agencies that initially misreported Mr. Rouhani’s remarks, subsequently corrected their reports in articles headlined: “The Occupation of Palestine Is a Wound on the Body of the Islamic World.”
¶International news organizations that had relied on the initial, flawed reports from Iran were forced to explain the error later in the day. Rana Rahimpour of the BBC’s Persian service explained what happened in an appearance on BBC World News.
¶ 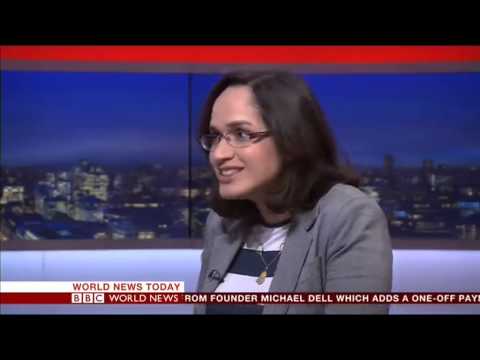 An on-air correction from BBC News, explaining that Iran’s president had been misquoted.


¶After the video showed that Iran’s incoming president had been misquoted, a spokesman for Prime Minister Benjamin Netanyahu said that the Israeli leader stood by his initial response, in which he said:

¶Rouhani’s true face has been revealed earlier than expected. Even if they will now rush to deny his remarks, this is what the man thinks and this is the plan of the Iranian regime. These remarks by President Rouhani must rouse the world from the illusion that part of it has been caught up in since the Iranian elections. The president there has changed but the goal of the regime has not: To achieve nuclear weapons in order to threaten Israel, the Middle East and the peace and security of the entire world. A country that threatens the destruction of the State of Israel must not be allowed to possess weapons of mass destruction.

¶That comment remains on the prime minister’s Facebook page, still explained as his response to Mr. Rouhani’s “remarks in which he was cited as saying that Israel ‘has been a wound on the body of the Islamic world for years and should be removed.’”
¶Hours later, the prime minister’s official spokesman to the Arab media, Ofir Gendelman, drew attention on Twitter to an Arabic translation of Mr. Netanyahu’s rejoinder without mentioning that there was no evidence the comment that prompted the response was ever made.
¶There was evidence of some confusion in the Israeli response, though, since Golnaz Esfandiari, a reporter who blogs on Iran for Radio Free Europe/Radio Liberty, noticed that part of the statement initially posted on Mr. Netanyahu’s personal Twitter feed was deleted shortly after she replied to it.

Posted by William O. Beeman at 9:02 AM 2 comments: Links to this post