Here are comments on the Arthur Brisbane article on Iran from this morning's New York Times <http://www.nytimes.com/2012/03/11/opinion/sunday/lessons-from-another-war.html?ref=opinion&comments#commentsContainer>. (FULL ARTICLE IS POSTED BELOW IN THE PREVIOUS POST). At least some of the public are on the right track. Note reference to Trita Parsi and the Flynt and Hillary Mann Leverett (as well as Jon Stewart)--all very good signs that there are some people out there who have not yet been lobotomized by AEI, AIPAC and WINEP.

I will continue to post updates on my blog: "Culture and International Affairs" <http://www.wbeeman.com>

In the meantime I suggest that as many of you as can write Mr. Brisbane <public@nytimes.com> or post a comment on the story today before they close down comments.

Posted by William O. Beeman at 1:16 PM 7 comments: Links to this post

Lessons From Another War

Commentary by William O. Beeman: I had an hour's conversation with Mr. Brisbane on March 6, 2012, following a number of communications with him concerning the Times coverage of the Iranian nuclear program. I pointed out approximately a dozen examples of inaccurate reporting on Iran's nuclear program. The most egregious fault was the continuing reference to "Iran's nuclear weapons program"--something for which there is no evidence whatever. The Times found many ways to imply that Iran actually had a proven nuclear weapons program--by referring to it in unsigned editorials, by adding the phrase to quotes from the International Atomic Energy Agency, by adding misleading headlines to otherwise accurate reporting, quoting sources that referred to a "weapons program" uncritically, and using "weasel words" to imply that the weapons program existed without substantiating those claims. I am happy to supply these examples for anyone who wishes to have them. In the meantime, please contact Mr. Brisbane to thank him for this much-needed corrective.

¶ “WE talk about generals fighting the last war,” said Tim McNulty, who served as foreign editor for The Chicago Tribune during the Iraq war. “I think journalists also do.” 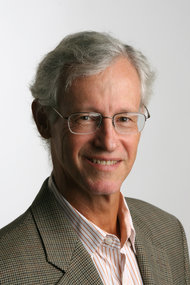