Archaeology professors and students get inspiration and a few chuckles from the "Indiana Jones" movies. 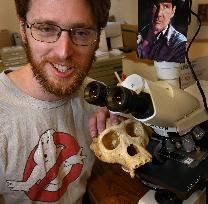 Posted by William O. Beeman at 7:20 AM No comments: Links to this post